“APIs APIs APIs!! That is the future!!!!” – is what everyone is saying right now. Is that really true?

An API is basically like defined handshake. I have my defined handshake, you might have yours and if we were to shake hands, we’ll face a couple of different options which are described here. The definition of an API is an Application Programming Interface.

Simply put, it is a defined handshake which will make the process of making handshakes into something that will at least be easier than without a defined API. But it won’t solve everything, far from it. It might actually make things worse in the long run.

Let’s go through a couple of scenarios.

Imagine this at scale.

Basically, this is a cultural question which relates to us people as well. Consider a merger between two companies where the culture is different even though everything else stays the same. This will be problematic and as we all know Culture eats strategy for breakfast.

“The customary beliefs, social forms, and material traits of a racial, religious, or social group”

also:
“the characteristic features of everyday existence (such as diversions or a way of life) shared by people in a place or time”

Semantic interoperability leaves little to no doubt as to what is inferred. Whereas cultural norms and values would be more open to interpretation. However, both play the vital role of acting as a mediator between two or more otherwise interoperable areas what could be seen as important boundary spanning elements and possible definitions of a subset of the ANT-theory by Bruno Latour.

And as such, an important piece when trying to make different things come together to make things happen in a better, future-proof way.

Culture will eat strategy for breakfast

A handshake is nothing but a handshake. It is what comes after which is the most important and exciting part. Thinking that the outcome of the merger will lead to amazing results just because you shake hands with the other company is exactly the same thing that is happening right now out there in the world of IoT. It won’t really bode well.

“According to McKinsey research, only 16% of merger reorgs fully deliver their objectives in the planned time, 41% take longer than expected, and in 10% of cases, the reorg actually harms the newly-formed organization.” – HBR

A merger is after all a clash of two systems with their own set of standardized definitions and ways of working. Just making them shake hands won’t make them work. Far from it.

If I say tree, what do you think of?

It doesn’t say anything else about anything really because we haven’t got shared definitions and boxes of what should be included in reference to what a tree is. It is partly to define the size of the boxes and what they are and also a part where we can standardize a subset of an industry with the same tagging conventions/standards.

I could write 30 more pages on this matter but let’s move on to the final words.

Artificial Intelligence and Machine learning needs more than a handshake

Not having the definitions set is a huge problem for the ones that want to do analysis on the data. It is again the same thing as all of these individuals send their reports to Headquarters somewhere. And the information comes from different departments, in different languages and everything is different. Hence, it is extremely difficult to make sense of the data.

The truth is that the majority of the efforts out there today are spent on 80-90% cleaning of data, the sense-making part. And 10-20% on the part where the value actually gets derived. So this is an immediate problem that needs to be solved. Because leveraging data with Artificial Intelligence and Machine Learning is crucial for us to really make sense of the data and to achieve results never before possible.

But before that will happen, we need to come up with a way to make sense of data much faster than we are doing today.

The solutions to all of these problems

As discussed, APIs are a good start but don’t get fooled in thinking that the API economy is the end of all of our problems. As discussed over and over again (It’s important!) it might actually be the exact opposite and the beginning of a whole new set of problems as depicted above.

The answer lies in standardized protocols which can harmonize data from different vendors, acting as a device to device communication protocol. Semantic interoperability, and how to solve this issue will be of major importance moving forward. Consider it as the rule book when having made a merger and how everyone should work.

It is here Haystack tagging comes in and where BACnet will play a major role moving forward and as we have said before, BACnet might be renamed to BACnet/IoT soon enough!

BACnet is the standardized bowl filled with pockets to fill with an industry-specific standard and IoT solutions. But the bowl and the BACnet objects within the protocol is what is needed and luckily we seem to be well on our way in realizing this for the betterment of all buildings and cities out there.

For more information about what we have done and where our thoughts are, you can read about it here and here!

Want to get started in bridging the gap between buildings and IoT? Let us know!

Go-IoTis on a mission to take buildings to the cloud in an easy, secure and scalable way, creating open future-proof ecosystems for smarter buildings and cities. The challenges often arise that system integrators / property owners and even users are locked in to the products and suppliers in the building. It is difficult to create customized solutions in other companies’ ecosystems and it is always costly and complicated. We solve this with a combination of hardware/software and cloud solutions as well as IoT consultancy and hardware development if needed. Modernizing buildings in a sustainable way has never been easier than it is now. 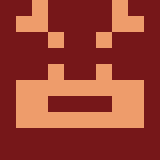